Why You Shouldn’t Be Staring at Your Phone at Night 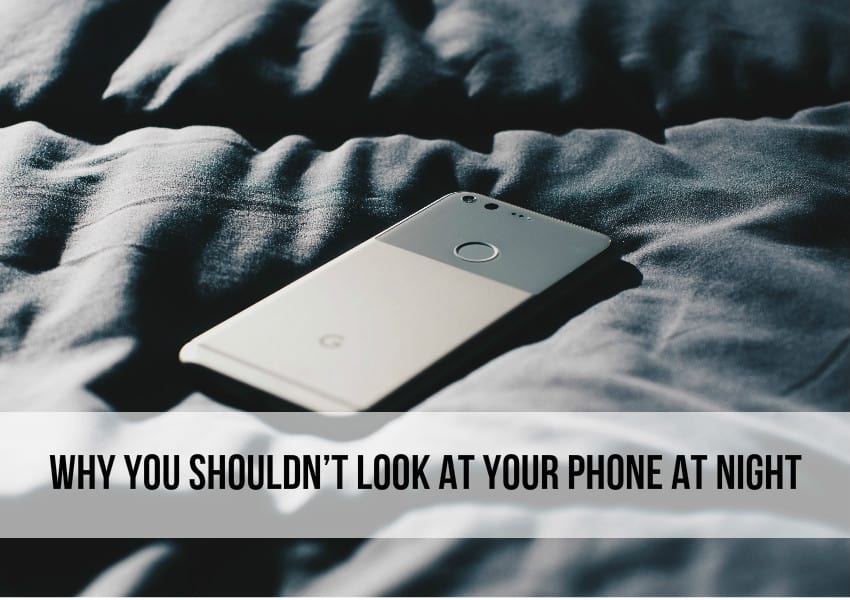 Why You Shouldn’t Be Staring at Your Phone at Night

STARING AT YOUR PHONE

Lying in bed, closest to a plug so that our phones can charge close to us is what most of us are guilty of. But did you know that staring at your phone in the middle of the night can cause major damage to your eye sight and sleep schedule? Smartphone screens emit bright blue light so you can see them even at the sunniest times of day.

But at night, your brain gets confused by that light, as it mimics the brightness of the sun. This causes the brain to stop producing melatonin, a hormone that gives your body the “time to sleep” cues. Because of this, smartphone lights can disrupt your sleep cycle, making it harder to fall and stay asleep — and potentially causing serious health problems along the way.

Even though it is terribly inconvenient to all of us, it’s time to finally update those phones. Now, the recent iOS 9.3 update changes that. It enables a new mode called Night Shift that you can set starting at whatever time you choose in the evening. When Night Shift kicks in, your phone automatically adjusts the display so that it gives off warmer, less blue light.

Here’s how blue light at night affects your brain:

So next time your phone goes off in the middle of the night while you are sleeping, think twice about checking it immediately. A lot of the time, those notifications can wait until the morning. The new update on the iPhone is a pleasant update that you should consider using to avoid any damage to your eye sight and sleep schedule