Exercising And The Effects It Has On Your Brain 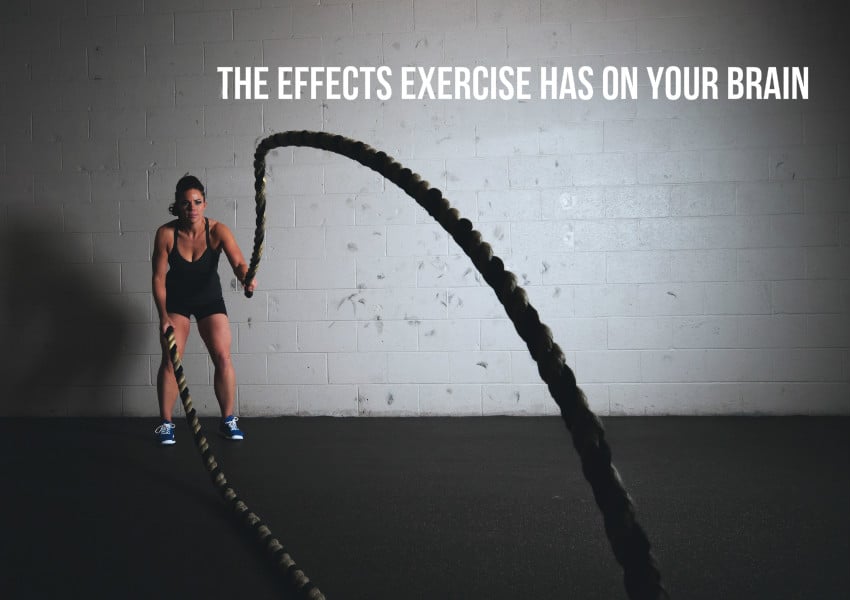 Exercising And The Effects It Has On Your Brain

Exercising boosts creativity: Exercise can also boost your creativity, and help you come up with new solutions to problems. For example, researchers at Stanford University found that walking can increase creativity up to 60 percent. Even a casual stroll around your office can be helpful.

Exercise Boosts Brain Growth and Regeneration: Research shows that your brain is capable of rejuvenating and regenerating itself throughout your life. It was once believed that once neurons die, there’s nothing you can do about it. Hence deterioration and progressive memory decline was considered a more or less inevitable part of aging. Fortunately, that’s simply not true. There’s overwhelming evidence that exercise produces large cognitive gains and helps fight dementia. The featured article cites research showing that those who exercise have a greater volume of gray matter in the hippocampal region of their brains, which is important for memory. Exercise also prevents age-related shrinkage of your brain, preserving both gray and white matter in your frontal, temporal, and parietal cortexes, thereby preventing cognitive deterioration.

Exercise Prevents Both Brain and Muscle Decay: Showing the interconnectedness between muscle and brain health. The neuro-muscular is a system where it protects neuro-motors from degradation. The neuromotor is the most critical element in your muscle. Without the neuromotor, your muscle is like an engine without an ignition. Neuro-motor degradation is part of the process that explains age-related muscle atrophy.

Exercise Can Keep You Sharp Well Into Old Age: While it’s never too late to start exercising, the earlier you begin and the more consistent you are, the greater your long-term rewards. Having an active lifestyle is really an investment in your future well-being, both physically and mentally. High-intensity interval training helps maximize the health benefits of exercise, while simultaneously being the most efficient and therefore requiring the least amount of time. That said, ideally you’ll want to strive for a varied and well-rounded fitness program that incorporates a wide variety of exercises.

If you’ve been exercising, your brain should be healthy enough to know to call Core Rehab if you’ve been hurt in a car accident. For questions related to personal injury you can call us at 702-577-1962.